As most of you know by now, we are spending a few weeks in Bombay. We’re staying in the apartment which I inherited from my parents. The place is dated and hasn’t been renovated in over 20 years. Its small, probably the size of a NYC studio. Living here though, it just hit me the other day – this is a great test for us to live a minimalist life. How so? you might ask..

Well, to begin with we don’t have an air conditioner in all the rooms. The one in the bedroom is 23 years old and leaks Freon and is held in place with duct tape. So, it doesn’t cool at all, just blows (literally and figuratively). We sleep with the ceiling fan on. Its 90 degrees during the day and about 82 degrees at night with relatively high humidity so we don’t need a comforter or even a duvet. There is no washing machine so we hand wash our essentials. Ivanna does most of the washing and is currently training me. For the other stuff, we have to ask a friend (with a washing machine) to help us out. We have to be very prompt with washing dishes almost immediately since we have extremely limited glasses and silverware and one frying pan. Storing a lot of food is not an option either since we have a dorm size refrigerator that doesn’t cool well. Did I mention there is a single burner stove in the kitchen? Only one plug point to share between the microwave and the toaster oven. Needless to say, we won’t be preparing a Thanksgiving spread anytime soon. There is no hot water (water heater broke) and there is no water pressure in the shower. Imagine standing under someone who is pouring water from a bucket so its more like a trickle. We don’t sleep in much since the mattress we sleep on is very basic and not terribly comfortable. There aren’t any tempurpedic pillows to soften the blow. We had to dress the old sofas with bed sheets/duvets otherwise the abrasive fabric might give us a rash. Strangers ring the doorbell at 7:45 am to ask random and irrelevant questions. It’s a different world altogether. 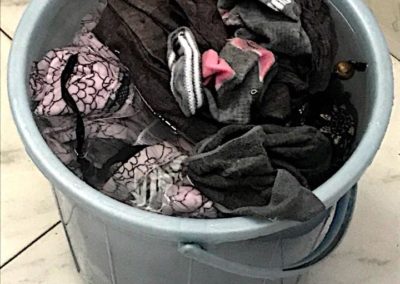 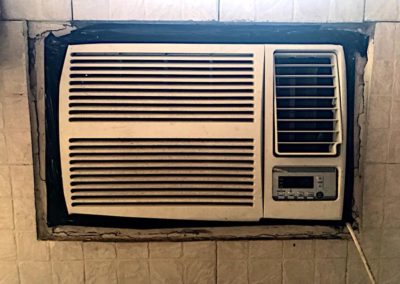 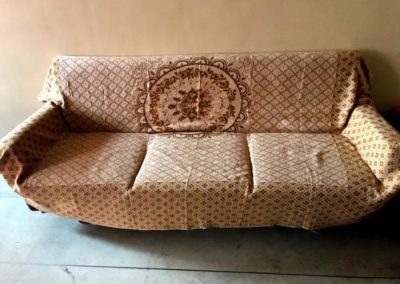 We have to dust twice a day given the pollution level in Bombay – its almost mandatory. Noise levels are high and we get woken up at 5 am when the street dogs have a screaming match with the ones from across the tracks or the loud and obnoxious train horns. The plan is to renovate the apartment. We have met with a couple of architects and the going rate to do that is approx. $130 per square ft. Yeah not cheap! That investment will bring us into 2017 from the 1980s. To be honest though, we can’t say we are less happy than we are in other much fancier places. Goes to show you its all in the head. We, as humans don’t need a whole lot to be happy – as long as we’re safe, comfortable and fed, in the end I guess that’s all that matters. 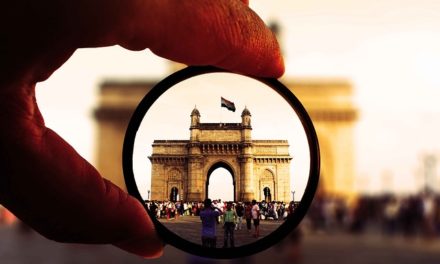 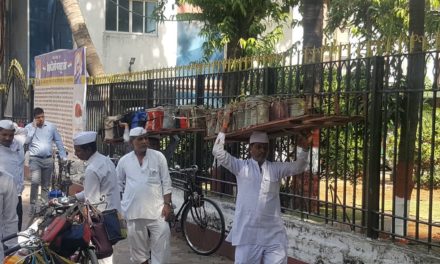 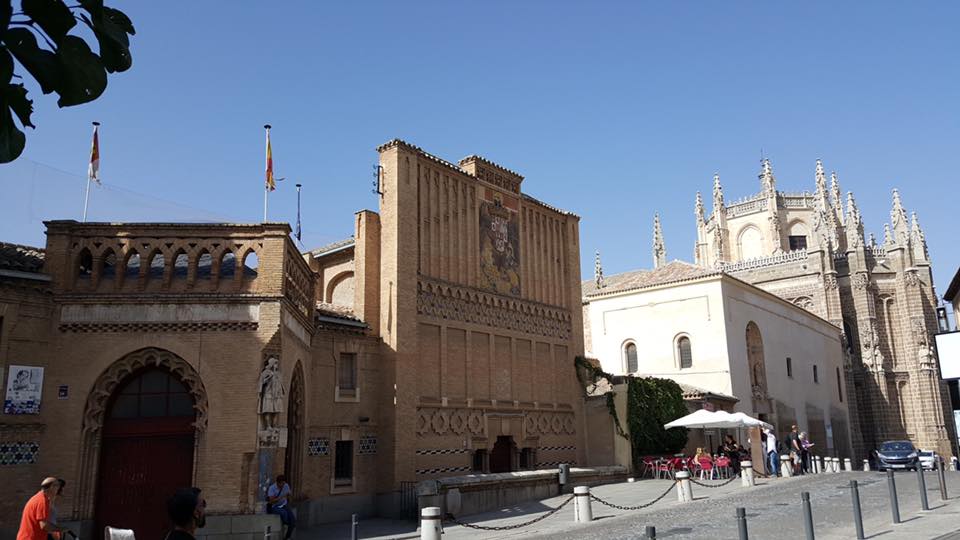 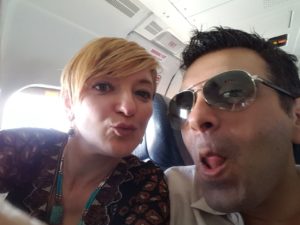